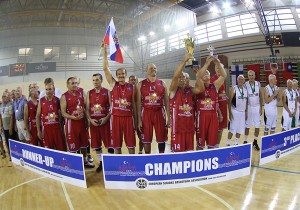 CSKA Veterans had already guaranteed the top spot in the M65+ category before the final day, but the Russian side finished their dominance with a 59-17 victory against Vilniaus Statybos Senjorai.