M45: Musson survive against Project 44 in the final 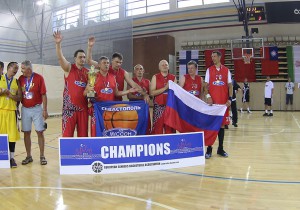 Musson from Sevastopol survived their closest game in the M45 category, defeating Russian side Project 44 in the final by the score 69-60.

Project 44 had taken an early lead after an excellent start, but Musson managed to turn the game around and escaped with the win following a strong final frame.

Valerii Iaichun, who was named the MVP of the category, scored 27 points and grabbed eight rebounds. Igor Gulin scored 16 points, while Sergiy Tsymbal finished the game with 15 points and 17 boards.

Carpathian Bears received bronze medals, as Baltic Virtuozo could not play in the third-place game.